Liverpool Bantamweight boxer Peter McGrail is through to the Quarter-Finals at the European Games in Minsk, defeating Belgium’s Vasile Usturoi with a unanimous points verdict.

McGrail, who is aiming to retain the European title he won in Kharkiv two years ago, is increasingly being held up as a medal contender for the 2020 Tokyo Olympics. Quadrant Building Control have helped sponsor the young boxer’s training and will be following his progress. Good Luck Peter! 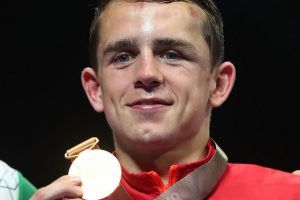 Read more about Peter McGrail and the European Games.