Tell us about your background/ career path… 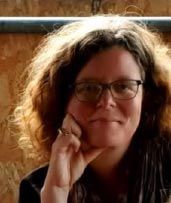 I didn’t know what an engineer was until an open day at the Cambourne School of Mines when I was at secondary school.  I discovered that it was a way of using maths and science to create and design things.  This really appealed and so I decided to study engineering at university.

I was really interested in the built environment and construction, and so I specialised in civil and structural engineering.  I blame this on my Dad, who was permanently involved in redevelopment and property; he was a Methodist minister in Cornwall, tasked with reducing the number of Methodist chapels in an old mining and fishing area that had become less populated after the mines closed and society changed.

I graduated in 1998 and spent my early career designing large buildings with Buro Happold and Martin Stockley Associates and then ran my own consultancy for about 15 years, combining this with party wall work in London and some time in Bangladesh inspecting garment factories.

My consultancy designed a lot of bespoke houses and extensions.  I live in an area with large numbers of listed buildings and lots of hills, so projects were never simple or cheap.

Before joining Quadrant, I worked for a few years at MDIS which runs the Premier Guarantee and LABC Warranty insurance schemes.

What does a Structural Engineer do?  What is your role at Quadrant?

I guess you all know what a Structural Engineer is, but friends struggle to understand why I am needed in addition to an Architect.  The gist is that we ensure that buildings stand up to loading such as those associated with building use and wind loading.

Running my own consultancy was a huge learning curve; in a large consultancy you can just specialise in structure and get geotechnical support from a specialist team.  However, in a small consultancy, you have to be able to do everything and also be very aware of buildability.

At Quadrant, I check the engineering designs of others.  I see a massive range of styles of calculations and drawings, but I try and be consistent across the projects, so that I don’t expect more from one engineer than another.  We will soon be introducing a risk-based system, so that projects come to me based on the risk profile.

Are there issues that come up time and again?

Yes!  The schemes that annoy me the most are the ones where the engineer does not provide any sort of sketch or drawing for me to check the calculations against.  It probably takes me three times as long to check a scheme if there are only calculations and no way to reference them against the building.

Even a ragged sketch on the back of a fag packet is better than no drawing.  I know that cigarettes are expensive now, but a sketch on A4 paper would do!  It’s really easy to provide a sketch now that we all have phones with cameras.

Have you ever been stumped by unusual building materials or methods?

I know that glass isn’t unusual, but I have designed very little in structural glass and therefore feel less comfortable with it than other materials.  I also feel a bit stumped by precast shear cores that many developers are now using; at MDIS two of our insurers had very different views on this, which doesn’t fill me with confidence.

Is there anything about the Building Regulations that you would change?

I can only really talk about part A.  I find it an odd mix of ‘follow these rules exactly’ and ‘do what you like, but get an engineer involved’. I think that was ok when most buildings were cellular, simple masonry buildings, but everyone wants lots of open plan spaces now and I feel that the prescriptive rules apply much less than they did.

What’s your favourite building in Bath / UK / World and why?

In Bath, my favourite building is Widcombe Manor, around the corner from me.  It is a perfectly formed small manor house dating from the late 17th century.  I could imagine living there – it’s not too big.  (It is too expensive, though.)

In the UK, my favourite building is Newnham College, where I was based when at University.  It consists of a number of red brick buildings joined by a very long, cold corridor.  Each building was built in a slightly different era, when the college had some money, and so you can see lots of periods of 19th and 20th design represented.  I used to spend ages comparing the differences between late Victorian and Edwardian etc.

My favourite building in the World is the Pantheon in Rome.  It’s a very calm space and also built out of concrete!

We hear you’re a cellist…what do you like to play?

Easy stuff.  I don’t practice enough and therefore my fingers aren’t tough enough to play the hard stuff!  I am in a very fun orchestra, and we just belt out things like Toxic, Kashmir, Santa Baby etc.  There are so many saxophones in the orchestra that we have started putting mics on the cellos so that we can actually hear each other over the noise.

Can you recommend a favourite (cello) recording to listen to?

As a teenager, in my mopey Thomas Hardy and John Steinbeck phase (I wasn’t hugely mopey but did enjoy feeling indignant about injustice in novels) I loved Jacqueline Du Pre.

However, I now find her a bit wallowie, and love Sheku Kanu Mason who is such a talented and engaging player.  We actually managed to see him play last September in Bath, which was wonderful.

The Elgar cello concerto is still the best piece of cello music ever.