‘I started my career in late October 1980 when jobs were few and far between. An opportunity came up at Huyton Council for a Trainee Building Inspector. I hadn’t a clue what that was and, on my first day, a colleague said: “I don’t know why you are doing this; it has no future….”  ‘

Mike gives us his personal thoughts on the profession: 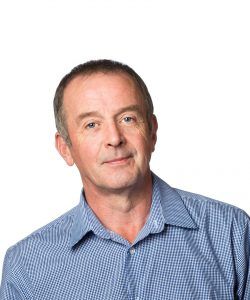 What is the best thing that’s happened to Building Control during your time in the industry?

Without question, the introduction of an alternative system of Building Control.  Monopolies in any industry don’t provide the best service for clients.  I recall the time when only local authorities could provide Building Control, and the terrible attitude of some authorities/individual surveyors. Competition has made the whole Building Control profession become more proactive.  Maybe one day the planning system will go the same way?  It could stop the constant complaints I get from disgruntled architects and developers.

What’s the one thing you would change in the Building Regs?

The complexity of the current regulations.  I started my career with the 1976 Building Regulations, a single A5 size book approximately 25mm thick.  The 1985 Approved Documents have constantly evolved over the years into what we have now, plus the interaction with all the associated British Standards.  I do get frustrated when someone phones to ask a question and expects you to know off the top of your head the full details of a particular table or diagram in a document.  There is only so much information a human being can remember!  Perhaps in the future, Building Control surveyors will need to become specialists in certain areas of the regulations and only deal with those aspects.

Is there anything you would change in the industry as a whole?

Throughout my career it has been a constant battle to get projects satisfactorily completed, either not being notified for a final inspection or elements of the work not being acceptable.  The old days were racks and shelves of files still to be closed, now it is an IT system constantly producing reminders of ever-growing numbers of outstanding projects.  I have long held the belief that there should be some form of bond system as part of the Building Regulation approval process. Satisfactory completion would release the bond, similar to highway adoption procedures.  Sure, it would be unpopular, and difficult to administer consistently/fairly, but long term could ensure projects are brought to an acceptable conclusion.

Fortunately, health and safety on construction sites has improved dramatically over the last forty years, after being very lax in my early days.  One of many incidents I recall was a father and son ground working team excavating deep strip foundations.  The son was on the side of the trench wearing no hi-vis, the father driving the excavator quickly turned 180 degrees and side swiped the son into the bottom of the trench.  He was badly injured but survived.  Probably the scariest thing that happened to me personally was by my own stupidity.  I inspected foundations on a nursing home and agreed that it was okay to concrete. I returned the next day to inspect the next stretch. It was a muddy site, so I decided to jump down and walk along the previously concreted length of foundation.  Big mistake, they had only concreted that morning and I was waist deep in wet concrete.  It was an embarrassing drag out of the concrete, hose down on site, strip off and fast drive home for a bath!

I have seen so many contraventions, the worst from my point of view are generally fire related. During my 27 years in local authority Building Control, on call for dangerous structures, I had to deal with the aftermath of far too many fires, including many fatalities.

One major contravention was a very large national retailer (mentioning no names) who decided to allow their staff to occupy a new store, still under construction and only one escape staircase available, ground floor exits blocked.  After being repeatedly ignored, I had no alternative but to contact the fire authority to serve a prohibition notice.  I wasn’t the most popular person on site after that.

We hear you’re a bit of a Peugeot enthusiast outside of work?

Not all Peugeots, just one model, the 1980/90’s 205 GTI hot hatch.  I bought my first one new in the late 80’s and thoroughly enjoyed it.  Barring a short break in 2007 when one had an electrical fault and caught fire,  destroying itself and the garage!  I have owned them as a hobby ever since. 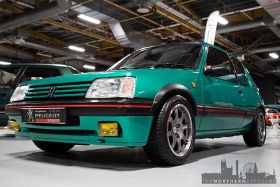 Over the last few years, I have been lucky to own a few exceptional examples and display them at the NEC and Manchester Classic Car shows.  I also ran the Peugeot Sport Club merchandise for a number of years.  Currently I own two GTI’s, a show car which lives in my garage (with the battery disconnected!), the other needs some restoration, maybe as a retirement project.